A Week in My Life: Tuesday

Yes, I know it's Wednesday. But Tuesday was very full and there was no time for blogging -- but lots to document. I'm participating in Adventuroo's "A Week in My Life" project. You can see my Monday here.

Tuesday started painfully early for a good cause. If I look a little blurry in that first picture, it's because I was volunteering at my polling station at 6:30 a.m. in the RAIN in the DARK and I wasn't totally awake yet. The kids joined me at 7:30, mostly playing in the car for my last half hour of greeting. (Translation of J's post-it: "Christine is are [our] school board.") And no, no one wanted my little candidate flier. 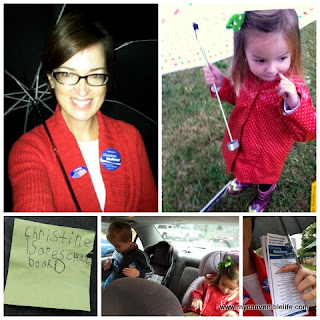 Once our shift was up, we headed home to play. Also to lay out the newspaper across the counter because it was somehow soaking wet inside the plastic bag. 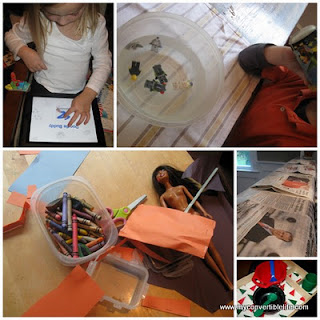 At 9:00 we got ready for our friend Baby J, who hangs out with us on Tuesday mornings. That means dumping out an entire basket of toys and then confiscating all the tiny things he might try to eat. We also got our They Might Be Giants station playing on Pandora (via TiVo, which I LOVE). You can see here that we all love Baby J very much. He loves us too, although sometimes I think he'd like a little more personal space. 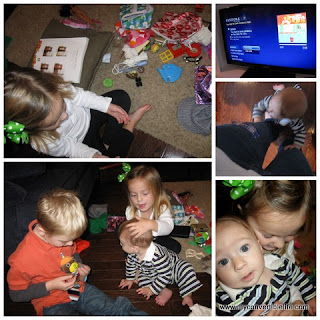 At 11:00, we loaded up Baby J and took Pippi to her gymnastics class. Baby J took a nap while Junius played games on my iPhone. 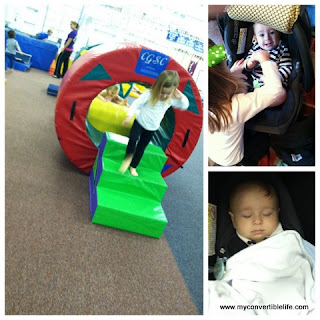 After we returned Baby J to his parents, we loaded back into the car with lunch and headed to Daddy's office for flu shots. Junius, apparently exhausted from the morning, gave out along the way. Pippi managed to keep herself awake by singing the entire time. 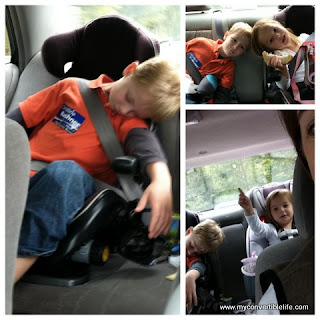 Junius and I were very brave for our shots (Pippi already got hers at the pediatrician). Then we argued over who would get to push the buttons in the elevator. 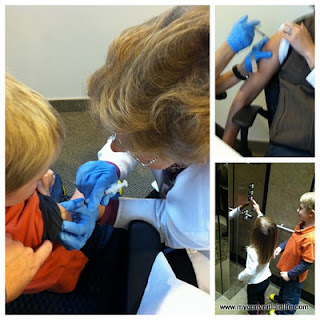 On the ride home, we rocked out to one of our most favorite CDs: the aptly-titled Songs Your Mom Will Like by Big Bang Boom. That's Pippi beatboxing and playing the air trumpet on track 14. Buy it now and thank me later. 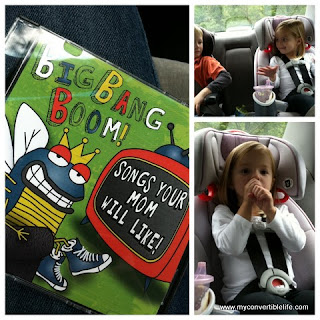 After a little rest time (read: 30 minutes of TV) at home, we loaded back into the car (are you noticing a theme here?) for some play time at our friends' house. Pippi showed us how she can buckle her own seat belt (which can take up to 5 minutes, depending on the amount of whining involved). We admired our friends' fabulous Halloween decorations, debated the scientific names of toy dinosaurs and generally had a whirlwind of fun. 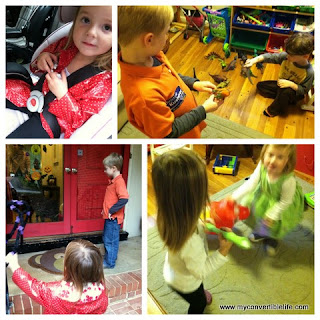 At 6:00, we picked up Daddy and went out for dinner at a local restaurant that was having a fundraising night for our arts school. Junius impressed his friends by reading all the signs on the way in (yes, first-graders are that cool). The kids played with wikistiks while we waited for our food (smart restaurant), then Pippi cleaned her plate and part of Junius' too. My girl loves some pasta. I had the yummiest bleu cheese mac-n-cheese with bacon -- comfort food on a rainy night. 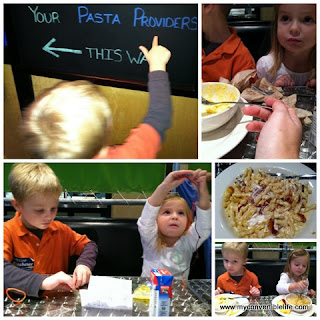 Back at home, we filled milk cups (I don't know why, but that blue cup is THE ONLY WAY Junius will drink milk and he MUST have it at bedtime every night) and went upstairs for bed. Junius brushed his teeth and protested all the photography. I spray-treated Pippi's shirt (why oh why do I ever buy white shirts for her?) and pondered the need for gender-specific children's toothpaste. Then Daddy showed the kids pictures from his day touring cool Raleigh locations like the science museum and the RBC Center. 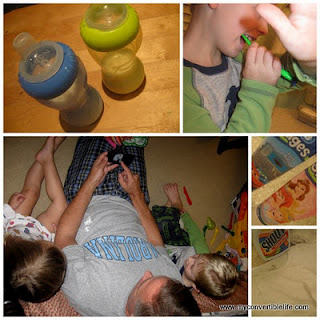 It was my turn to read to Pippi. She picked out "The Shy Little Girl," a book I somehow still have from my childhood. I love how much she loves the book, even though parts of it are really dated. The trick to getting Pippi to sleep is to get her to be still -- see how she fidgets with her hands to stay awake? 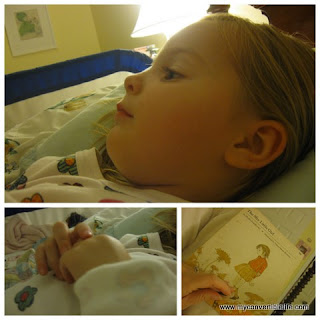 Finally at 8:00, with both kids asleep, my political junkie husband and I settled in on the couch for election returns. With two laptops, an iPad, an iPhone and the television between us, we stalked the results, read tweets aloud, flipped news channels and cheered for the victory. Who says you can't have champagne on a Tuesday? 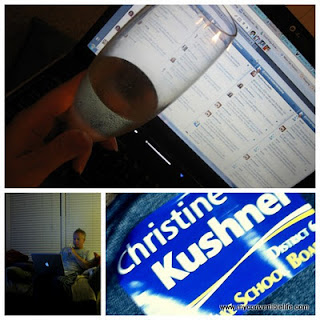 And so my day ended where it began -- worn out, but happy to support a great candidate.
.
Posted by Convertible Girl at 8:39 PM