One of the kindest, smartest, loveliest women I know assures me that she was a total bitch to her mother growing up. She emphasizes this fact with words like "awful," "unrelenting," "horrible" and "embarrassing." She uses a capital B.

Today this same woman loves her mother deeply and profoundly, and I am confident her mother knows that. I can't even picture her being horrible to anyone, except maybe in a Julia-Sugarbaker-put-you-in-your-place-bless-your-heart kind way that's actually just badass and they probably deserved it.

This fact gives me no small amount of consolation in the present moment and tremendous hope for the future. Because if being unrelenting in tormenting your mother as a young person is an indication of greatness as an adult, then Pippi is going to be one spectacular grown-up.

It's no secret that I didn't want to have a girl -- at least not if you've read this blog or attended the first Raleigh-Durham Listen to Your Mother show. Actually, just to be clear, that's still a secret from my daughter, so no one tell her. 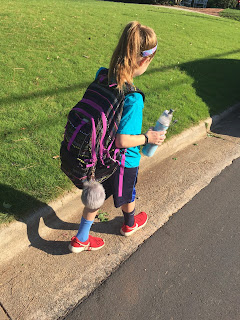 As I admitted back then when Pippi was only 5 years old, I was right to be afraid. Like so many girls -- even rule-following pleasers like myself -- she saves her worst behavior for her mama. (Thank goodness her father seems to bring out the best in her.) Four years later, she's even more amazing and more challenging than she was back then. There are times I'm able to unravel her thinking and understand for a moment. But there are so many more times when I send myself to my room to keep from losing my ever-loving mind with her.

That's when having a village of other mamas also raising strong girls is so critical to survival -- for both of us. Do not underestimate the value of being able to text a friend in a moment of desperation and getting back a message that I'm not alone and that I'm "raising her to be strong and that ain't easy."

After reminding me of my daughter's many good qualities (and there truly are many), my father recently told me that Pippi had picked the right mom. I shook my head in doubt, feeling completely unprepared for the task. "You let her be herself," he said. "And you won't try to break her."

Honestly, I don't think she would let me. But I treasure the idea that he sees us both that way -- as a strong, beautiful girl and a mother who loves her just as she is.

So tonight, instead of pouring myself a glass of wine to recover, I'm turning to this neglected blog instead. On the off chance that someone else out there just survived dinner and bedtime with a stubborn, defiant young girl (or boy, for that matter) and is feeling beaten down, know that you are not alone.

It takes a damn good village to raise a strong girl, and I am ever grateful to have both.
Posted by Convertible Girl at 9:48 PM 4 comments:

She is a force of nature. A force to be reckoned with. An unstoppable force pressing and pushing against an unmovable object. The eighth wonder of the world. She is headstrong, sensitive, unyielding and tender all in the span of an hour. Within the same day, I am the best mommy in the world and also [eye roll, hip cocked, head to the side, foot stomp] the single person most ruining her life. She is 9 going on 19.

There are days I am in awe of her and just as many days that I do. not. know. what to do with her.

At some point on the way to turning 9, she had a big growth spurt that stretched her legs to new lengths. This spring, when the weather started to turn warm, she pulled out her sporty shorts from last year -- the running shorts style, elastic waist with the unders built in. When they were new, they fit her fine, but now a year later, they barely cover her bum.

"Are those too small?" I ask when she tries them on. "Do you need new shorts?"

"No," she says, then pauses and looks down at herself. "Well, maybe."

So we head to Target, source of all things, to look for new running shorts. I point to shorts after shorts in the girls section, only to watch her shake her head at each adorable pair. She tells me she doesn't want the short kind, but instead is looking for the longer, basketball style shorts. You know, she tells me, like what Junius wears.

By now, I suppose I should expect the opposite of whatever I expected when it comes to Pippi. There's so much about her that I don't understand and can't predict. Often it seems she chooses the contrary answer just for sport.

"Why do you want to dress like your brother?" I ask, still somehow surprised.

She has her answer ready: "Because his shorts have pockets."

Growing up, I was an "outfit" kind of girl. I loved dressing up, for play and for real. There was no throwing on whatever was clean -- each night, I would plan my outfit for the next day. As soon as I turned 16, I got a job at the Limited Express (hello, late 80s) to support my shopping habit. I rarely wore jeans to school, owned very few t-shirts with writing on them. I was a lot of things, but sporty wasn't one of them.

When Pippi was born, once I recovered from the shock of having a girl, I reveled in all the adorable tiny outfits. Baby girls get so many fun options that just don't exist for baby boys. She was like the best dress-up doll I ever had. Once she was old enough to dress herself, she quickly exerted her own opinions over her wardrobe -- but the results were so spectacular that I couldn't say no. In fact, I bought even more colorful and patterned and sparkly pieces to give her better options to mix into her preschool fashionista fabulousness.

After she completed kindergarten, however, she drifted away from the adorable outfits and the layers of ruffles and accessories toward a daily uniform of sporty shorts and oversized t-shirts paired with Nike socks and running shoes. At first I pushed back, continued buying matching sets of patterned shirts and skirts or sweet, twirly dresses. Eventually I realized I was wasting my money and waging a losing battle.

One day, as I looked at her in all her sporty glory, it dawned on me that she was comfortable -- literally and emotionally -- just the way she was. Why was I trying to force her into the self-conscious fashion rules that still plague me? Did I really want to be the one to teach her to worry about how she looks?

I made a conscious decision to let go and let her be in charge of her wardrobe. We bought leggings and running shorts, no skirts or outfits. If it wasn't church or a special event, I stayed out of her closet. Which brings us back to buying sporty shorts at Target...

Pockets. She had me at pockets. 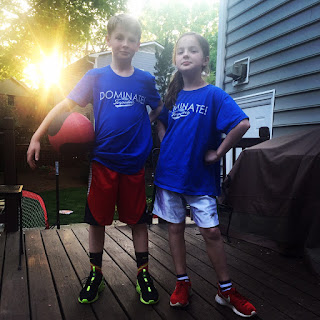 I might not understand wanting to wear basketball shorts and oversized t-shirts, but hell yeah I understand the desire for pockets. My favorite dresses, skirts, even pajama pants and one chambray tunic all have pockets. Compliment any woman on her dress and her first response, if it has pockets, will be to smile broadly and announce to you, "Thanks! It has pockets!" Through the magic of Twitter I recently learned of one woman who had pockets in her wedding dress, which almost made me want to get married again because that sounded so brilliant.

So off we went in search of basketball-style shorts with pockets, only to discover that those sons of bitches don't put pockets in girls' basketball shorts.

And that is how I found myself shopping with my daughter in the boys' section at Target, where she selected two pairs of knee-length shorts with pockets that look so exactly like her brother's shorts that I had to write her initials on the tags so that I know they're hers when they come through the wash.

When Hillary Clinton metaphorically broke the glass ceiling at last year's Democratic Convention and when Elizabeth Warren persisted in spite of those working to silence her and when women (and men) all over the world marched together this January, they were fighting for women on a very grand and global scale. I won't pretend that one trip to Target deserves the same significance.

But I'm more than a little proud of my fierce daughter who is not deterred by the fact that some clothing designer thinks girls don't need pockets or even by the fact that her mom wishes she would wear some of those pretty skirts shoved in the back of her dresser drawer. With any luck, she and I will continue to connect over clothes with pockets and maybe discover some other things along the way that will bind us closer together. I'm trying to remind myself to listen more and love better, even as she pushes me in ways I don't understand.

So, you be you, Pippilotta. Be patient with me. And I'll do my best to keep up.
Posted by Convertible Girl at 2:14 PM 1 comment: 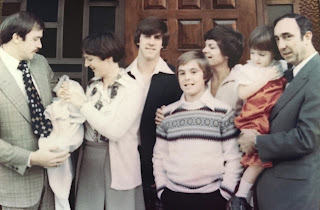