A Week in My Life: Monday

This week I'm participating in Adventuroo's "A Week in My Life" project. In case you wondered what it looks like where I am. Apologies in advance if you're exhausted by Wednesday.

Junius is tracked out this week, so he got to hang out with me at work this morning. Thankfully, he had Daddy's iPad and could watch Toy Story 3 while he ate lunch. He pronounced my office "boring." He's absolutely probably right. 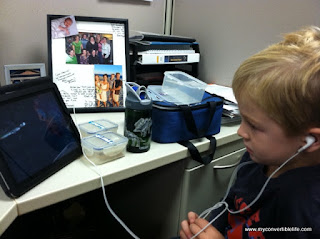 But at least I made a lot of progress on my to-do list today. Turns out that having Junius at my desk is a lot less distracting than having to go to meetings, which were cancelled today. 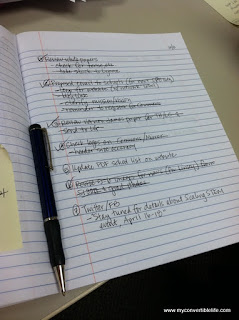 Even though he got to have pumpkin bread and play with the tape dispenser, Junius was still happy when it was time to leave. 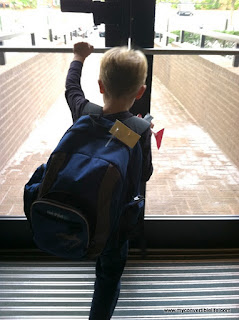 We picked up campaign materials on the way home (the kids and I are volunteering for Christine Kushner at the polls tomorrow!), then went to preschool to get Pippi. 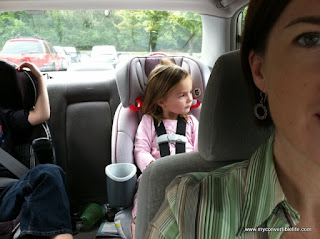 This is my view in the rearview mirror. 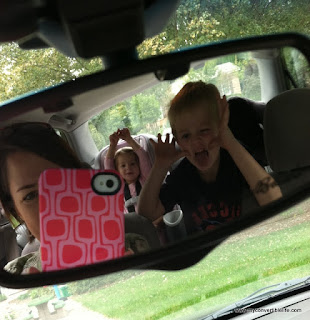 Not sure I'll ever understand why climbing out of the car and carrying your own stuff into the house is so hard. But apparently it is. So. Very. Hard. 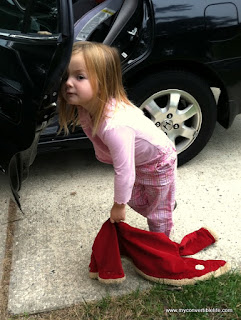 Junius's first task after arriving home? Testing out the paper/straw boat he made in my office to see if it would float. Turns out that construction paper? Not so sea-worthy. 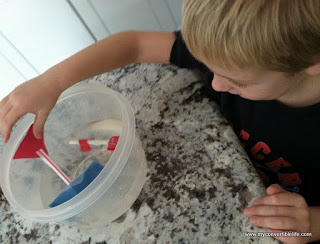 Meanwhile, Pippi took control of the iPhone, where she recently discovered the iPod button. She likes to listen to the first 15 seconds of every song. Yes, that's Ben Folds Five. Thankfully it's not one of the songs with the F-bomb. 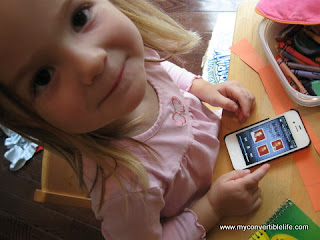 Here's the bane of my existence. A full dishwasher, waiting to be unloaded. Sort of like Pippi getting out of the car, I don't know why this pains me so. But it does. 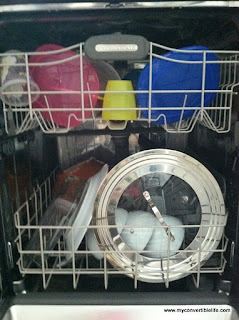 While I was unloading said dishwasher, the kids started to get silly. It always begins innocently enough... 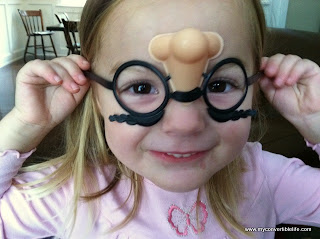 ...then turns into a wrestling, giggling heap, which is all good and fun until... 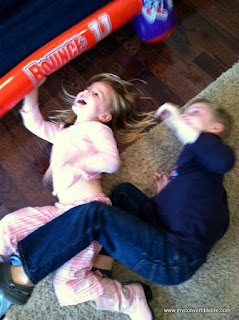 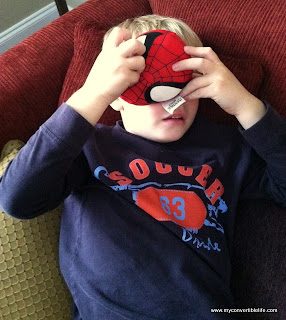 ...and (unrelated to the eye wound) someone else lands in time-out. 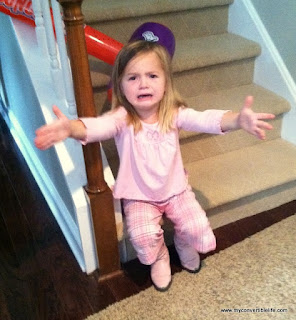 We ultimately all recovered and were grateful for some playtime outside with our friends across the street. Notice that Junius is travelling sans-training wheels as of yesterday. (Also, if you are a mom with a son, you must take a minute to read my friend's latest post.) 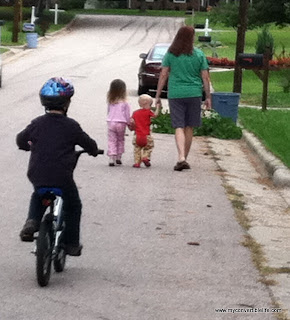 We closed out the day with one of the kids' favorite meals. That is, anything served on the floor in front of the television. Always swore I wouldn't let my kids watch TV during dinner. And yet, here we are. At least we were watching Sesame Street and talking science terms with Grover 2.0. 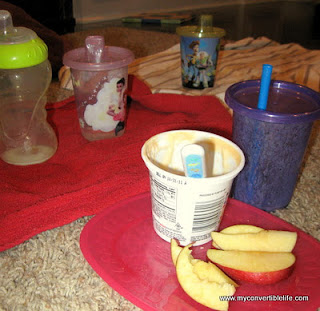 Good night, y'all. It's been a full day.

P.S. In case you missed the good news on Facebook or Twitter Friday, I got the all clear at the dermatologist! I'm free for another six months. Phew.
.
Posted by Convertible Girl at 9:17 PM