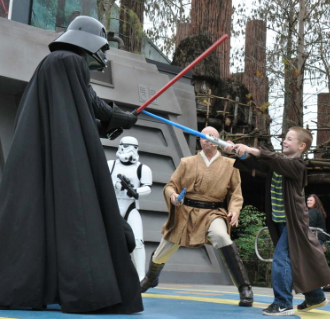 Technically it's still your birth month for a couple more hours, so I'm going to just call this a victory. If you're reading this years later and you don't remember, I promise we didn't miss your actual 9th birthday -- I just missed writing about you on the day, that's all.

When you were younger, I remember thinking that I'd have so much more time to write once you and your sister were older and in school. That's just one item on a long list of things I've been wrong about when it comes to parenting.

I'd like to claim that the reason I haven't written a whole series of posts about you and your birthday this month is because I've been so busy spending time with you and treasuring the fantastic little man that you're becoming. But the truth is that I've been overwhelmed doing pretty much the opposite of that -- ignoring you in order to squeeze in more than my scheduled hours at work and then collapsing on the couch when we are finally home together again.

It hasn't been the July I was hoping for.

We are both first borns, you and I. Not just any old first borns either -- we are textbook cases. We want everything to be fair and everyone to love us. We want the whole world to be happy and we want at least partial credit for making it that way. We want to know the plan in advance. And sometimes we just want to be home where we can control the little space in our own rooms because everywhere else is too crazy. I watch you crumble sometimes as you wrestle with reality and I ache for you. It is all painfully familiar.

But there are some things you've already figured out that took me much longer to discover. Even when you'd rather stay safe at home, you put on a brave face and walk into spaces where you know no one in hopes that it might be worthwhile. You volunteer to be the first to fight Darth Vader, or skate onto center ice and fist bump NHL players before the national anthem. You're developing a tough side that you can hold together for at least a few minutes. You attract friends among strangers easily. It is all quite impressive.

This crazy July, in between the billable hours, I have managed to teach you a few things that seemed worth passing on. You're now hooked on solitaire, a perfect game for the kid who likes rules and fairness. You've discovered the power of the pointy elbow, that family trait useful for boxing out and pushing through. You can fry an egg and cook chicken nuggets, which gets you two of your favorite meals. And you've learned to keep a book in your bag at all times, just in case you've got 15 minutes to spend reading while you wait.

I am hopeful that we will find times to slow down and appreciate your being 9 this year. Your next birthday brings double-digits and I don't expect I'll handle it well.

But I worry that life is going to get in my way, so I'm asking for your help. Maybe now and then you could remind me to say yes when you ask me to play horse or Monopoly. Maybe sometimes you could let me skip Monopoly and play solitaire at the kitchen counter while I make dinner. And maybe some days you'll just tuck in beside me on the couch when that's all I've got left.

I love you, my firstborn. Thanks for being patient with me.
- Mommy

A Friend In Deed

Two weeks ago, a dear friend of mine sent me an early morning email that was exactly what I needed. She's one of those friends who has known me long enough to love me anyway, despite the fact that I almost never call and rarely visit. We've been roommates in more than one country, seen each other through boyfriends who turned out not to be husbands, stood together at weddings and a funeral.

I don't know what I did to deserve her, but I'm so very grateful. In fact, I could never have earned all the wonderful friends that I have -- and thank goodness we don't have to earn them. This particular message was too beautiful to leave in my inbox, so I'm sharing it here with you (names changed to protect her boys). May you all have a friend (or two or twenty) who can show you in small ways that she loves you. 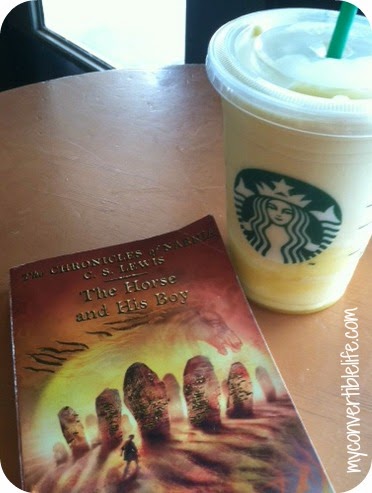 Some days you just need someone else to make your coffee. Or tea. Or, Jonah's recommendation, chocolate milk.

I must feel that way often. At least, Starbucks has been keeping track because, to my surprise (though perhaps not my husband's), they sent me a gold card which meant I had visited their fine establishments 30 times last year. I don't know whether to be boast or cringe about my new status. Regardless, there were 30 days last year when I just needed someone else to make my coffee.

Two times had to do with rites of passage. Right after I dropped Cam off to big kid school because the bricks I placed on his head didn't stop him from growing, I drove myself to Starbucks and stood in line behind a mom and dad who had just undergone the very same knife-to-heart ritual. That day called for a Venti, with extra caramel and yes please some whipped cream on top and why don't you stock alcohol here?

Weeks ago, I stood in that same line -- where they now know my name and my usual -- just minutes before picking him up for summer vacation. Not my usual, but it was a Venti day again, somewhat in celebration that Cam and I would be back together for the summer. But mostly because I needed that big of a cup to soothe my insides drained raw from a year of missing him. It was a "Whew, I can't believe I made it. I'll have a Venti."

During these 30 visits over the last year, Jonah became well acquainted with the love of someone else making mama's coffee. The benefit to him was a more aware and relaxed mama. As I market the deal
to my husband, it's cheaper than therapy. And sometimes at these visits, on the whims of mama, Jonah would score a milk, usually vanilla but once in a while, chocolate.

Even if all mama gets is a straight coffee, Jonah likes to be hoisted up in a spot right beside the sugar-in-the-raw cubby where he can peer behind the counter and "watch the magic happen." His word choice has won him many barista friends. Also a dead giveaway that mama saved on therapy 30 times in the last year.

Well today, with your dad having his procedure, I thought you just might need someone else to make your coffee. Or tea. Or I won't tell if you get chocolate milk. I hope it will soothe your insides and let
you know that you all are loved. This Venti's on me*; after all, I need to keep going to maintain my gold card status.

* Starbucks e-card will be coming to your inbox.

That afternoon, while my kids were at camp, I left work early and headed for Starbucks. I'm not a coffee girl, so I seriously considered Jonah's chocolate milk recommendation before opting for a fruit smoothie. Dropping into a sunny seat, I savored the sweetness of a rare moment alone to say a quiet prayer for my dad (who is fine, thanks for asking) and one for my friend (who is far too good to me).
Posted by Convertible Girl at 3:25 PM No comments: