The truth about neighborhood schools 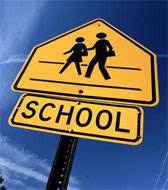 It's no surprise that respondents to a recent Charlotte-Mecklenburg Schools survey say they want their kids to attend school close to home. Of the more than 27,000 people who completed the survey, 86 percent said that a school's proximity to home is very or extremely important.

As a parent, I get that.

From a purely practical sense, being able to get to my kids' school in about 10 minutes certainly simplifies my life -- particularly on the days that I'm dropping them off in the morning, then back for a lunchtime reading group, then back again in the afternoon to pick them up. And knowing that my children don't have to spend an extra hour on the bus to get home each day certainly makes them happier.

What's important to note, though, is that the question specifically asked about the value of "location/proximity to home." It did not ask about "neighborhood schools." This may sound like semantics, but it's an important distinction.

While the question is fine, how the answer gets translated causes apples-to-oranges problems. My house is exactly one mile from two different elementary schools, although technically neither one is in my neighborhood. But the idea of having a school that belongs to the neighborhood where you live -- an idea fed by continued use of the phrase "neighborhood school" by media, researchers, parents and politicians alike -- is one that parents often cling to.

The real truth is that "neighborhood schools" -- that Norman Rockwell vision of every child in a 12-block radius skipping down the sidewalk to attend school together -- don't really exist for most families anymore. Just within the few blocks closest to my house, the elementary-aged kids attend two charter schools, three private schools, three magnet schools and two base schools. Particularly as districts like Wake County offer more theme-based and magnet programs and with the cap lifted on the number of charter schools that can open across the state, parents have more choices than ever -- and they're taking advantage of those choices to find the right fit for their families.

As education innovators try to move away from outdated classroom approaches that aren't preparing students for today's world, why should we cling to this Rockwell imagery that supports old thinking?

Here are some other problems with the notion of "neighborhood schools"...

Unfortunately, I don't have an easy answer, any more than I did six years ago when my son was in kindergarten or 20 years ago (gulp) when I was teaching in a predominantly black high school. But I do have a suggestion:

Stop complicating the matter by continuing to use the phrase "neighborhood schools" -- the term is loaded with more baggage than any kid can cram into a backpack and suggests an us vs. them divide that won't help any community.  (I'm looking at you, reporters, researchers, politicians and even parents.)

Instead, let's try the following: