When my sweet husband asked the other day about my "hopes and dreams" for the coming year (yes, he's that awesome -- not only did he ask, he even listened to the answers), among the items on my list was to get back to blogging.

I want to write more in 2013. I've got scores of posts in my head that went unwritten this year -- our successful camping trip in July, books I've enjoyed, kid stories I'm afraid I'll forget, random observations about the world. Who knows if anyone would have read them, but at least I would like to have written them down.

I also want to read more of what other bloggers are writing in 2013. There's an amazing network of talented writers who let me lurk in their online lives, but I've been even worse about blog-reading than I have about blog-writing lately. In the coming year, I hope to do a better job of returning the happiness of leaving comments on posts (thanks, Brenna!).

So I've been skimming back through my 2012 posts to get a kickstart for the new year. Thanks for indulging me as a I share a personal favorite from each month of the past year...

January: Watching Him Go
Where I get sentimental about how my son doesn't need me anymore.

February: Best Friends Forever
Where my friend's loss reminds me how lucky I am to have great friends.

March: My Lenten Sacrifice
Where I gave up Catholicism for Lent.

April: Redshirting for Kindergarten
Where I get on my soapbox about holding back boys.

May: Why You Should Vote Against Amendment One
Where I campaign (unsuccessfully) for a step in the right direction.

June: Pippi Wants You to Call Her, Maybe?
Where get a lesson in pop music from my daughter.

July: Every Age He Ever Was
Where Anne Lamott says it better than I can.

August: Rules of the Name Game
Where I discuss some very serious (ahem) parenting questions.

September: Things I Learned on Vacation
Where I share random knowledge and photos from the beach.

October: Why We Need Books
Where I borrow from the WSJ because I can't find time to blog myself.

November: Where I Attempt to Write a Post about Politics That Doesn't Offend (Too Many) People
Where I do just what the title says, on the eve of the election.

December: A Prayer for the Living
Where I try to put words to the ache left after Newtown.

Do you have a favorite post from your own blog in 2012 -- or from another blog you love to read? Share it below in the comments so we can all enjoy.

Friday's 5: Signs of the End of the World 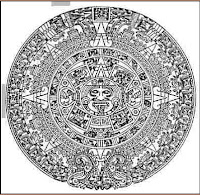 Yes, I know it's Thursday. But I'm posting today just in case the world actually ends tomorrow. Which it won't.

But just in case it does (which it won't), here are the when-pigs-fly signs that proved the end was near (even though it isn't, but if it does, then I totally called it so there):
So maybe tomorrow won't really be the end of the world. But at this pace, it's sort of the end of the world as I knew it. Thankfully, I'm on vacation until 2013 -- so I feel fine.
Posted by Convertible Girl at 4:50 PM No comments:

A Prayer for the Living

When seniors Eric Harris and Dylan Klebold stormed into Columbine High School and murdered 12 classmates and one teacher before committing suicide on an April morning in 1999, I was an 11th grade English teacher in Charlotte, NC. That afternoon, I sat on a desk in front of the television in my empty classroom, paralyzed by the story playing out on the news.

This past Friday, when the news alert landed in my inbox with the headline "'Several' Students, Adults Dead After Elementary School Shooting In Conn.," I was frozen again. But this time the fear was different. This time I wasn't in a North Carolina classroom -- this time, my son was.

The rational part of my brain knew he was fine, knew the situation was unspeakably horrible but also hundreds of miles away. Still, the rest of me -- all the mom parts of me -- needed to get to my son as quickly as possible and hold him close.

Since Friday afternoon, I've read pieces of articles, heard bits of stories, all of which stop me in my tracks and reduce me to tears so that I'm forced to look away. After Columbine, I was scared. But Sandy Hook has pierced down under my skin, broken into my heart in ways that I cannot really explain except to say that I am a mom now. When I think of those in the school who were both teachers and parents, I cannot even comprehend what they experienced.

I hear the story of the police officer who slipped his badge under the door so the kids in hiding would know it was safe to come out, listen to the rabbi talk about trying to help a grieving mother breathe, read about one father who found his child alive and another father who didn't, imagine the terror everyone must have felt -- and my brain simply starts to shut down. My heart constricts, my stomach drops, I can't breathe. If my child were among the missing, I am certain that I would simply cease to exist.

And yet these parents are still breathing, in spite of it all.

So that is all I can think to pray for today. Please, God, help the survivors to breathe. Find air for them to fill their lungs so they can find a way back to living. Make space for them -- the parents and students and teachers -- to catch a breath now and then that will be deep enough to force the pain out and lift them up to the light for just a moment.
Posted by Convertible Girl at 9:36 PM 5 comments: 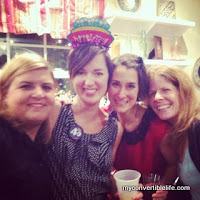 There's a scene in When Harry Met Sally (which I watched at least 847 times in high school and college) where Sally is sobbing on her bed with Harry about how her ex-boyfriend is getting married and he never really loved her. In the course of her tissue-laden despair, she chokes out the following exchange:

I used to quote that line all the time with my friends (who also watched the movie 847 times) and laugh because 40 just seemed so impossibly old and far away. Until it wasn't.

Because "some day" turned out to be yesterday.

Everyone keeps asking me how I'm doing. But between the surprise tickets for a date night to see Shawn Colvin (my husband is amazing), sleeping in both days of the weekend (ibid), a pile of cards and well-wishes from my family and friends, and the birthday cake ambushes at our neighborhood Christmas party (complete with a rockstar 80s soundtrack) and my office (I'm very gullible), 40 is turning out to be a lot of fun.

Looking back to my teens and early 20s, I'm not sure where I thought I'd be at 40, so I have no way of knowing if I've arrived. What I do know is that I have a wonderful husband, two beautiful (albeit obnoxious) children, parents and family who love me, a fairly healthy body (thanks in no small part to a kick-ass neighborhood boot camp), really wonderful friends, a good part-time job, a lovely (if messy) house, and too many other blessings to count.