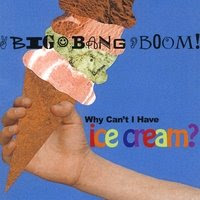 It's our last day of preschool spring break, so this morning's "New Music Monday" lineup is a kid-friendly one. As many of you have probably already discovered, there's a wide range of kids' music out there, from sappy and annoying to hilarious and rockin. Thankfully, we've managed to find plenty of discs that the whole family loves.

Pippi is napping now so we're taking a break, but here's what we've been dancing to since breakfast:

There you have it. Five discs, and not one involves a purple dinosaur telling me he loves me. Thank goodness.
Posted by Convertible Girl at 8:20 AM