Being in the Bee

Junius participated in his first schoolwide spelling bee tonight. He made it through the first round with confidence, then got nervous in the second round and spelled his word how it sounded instead of how it is spelled – “mortle” instead of “mortal.”  He was a good sport about it and stayed until the end to watch two older girls duke it out through more than a dozen final rounds before they finally got to the winner.

He looked really little up there. Only one other boy was his size, with a couple others who were close. When he went out in round two, I was a little sad – mostly because there were many other words in that round and the following round that I knew he could spell. But he was fine. And he was up there, trying and smiling, and that’s what counts.

The post below is something I wrote after the practice last week. I think it still says what matters. 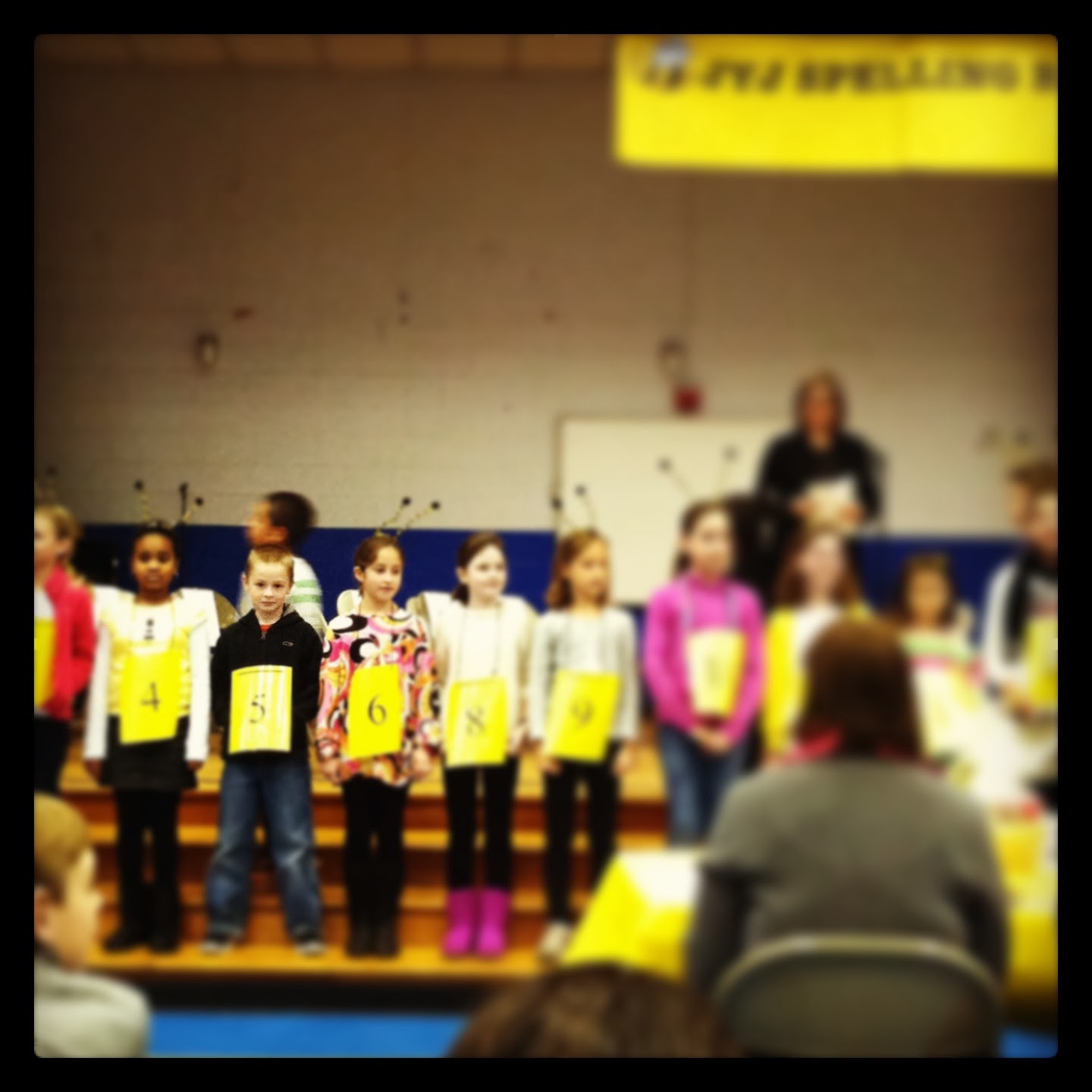 Tonight Junius had a practice session for next week’s spelling bee. He was the first alternate for his class and the 2nd place finisher can't make it, so he got called up -- at his school, they let the first and second place spellers from each class participate in the school wide bee.

I realize it was just a meeting -- a review of the rules and then a run-through using 1st grade words so that all the kids would understand the process and test out spelling into the microphone -- but I was so proud of him. As a young 3rd grader, he was one of only a few boys there and one of the smallest kids, but he marched right up to that microphone in his Panthers jersey, repeated the word, spelled it and said it one more time like he’s been in a spelling bee every day for a year. Whatever, Mom.

I’m used to seeing him be tough at hockey or basketball. He might not be the biggest or the fastest kid on the team (although sometimes he is), but he’s always in it to win it-- or at least to have a great time trying. I don’t often get to see him compete on his own in an academic setting. And when he’s not playing sports, he quickly turns shy in front of an audience. But not tonight.

Ironically, his practice word was “shy.”

I'm sure it makes me more than a little dorky, but the whole thing was awesome. Totally nerdtastic, and I would know.

When I was in 5th grade, I competed in my school’s spelling bee. It was a K-8 school, so I had to spell against older kids who didn’t expect me to do well. That only made it more satisfying when I won the whole thing. (I lost in a very early round at the next level, so my moment of glory was extremely short-lived.)

I don’t expect him to win the school spelling bee. But as a mama who makes her living using the right words and spelling them correctly, it warms my heart more than a little to see my sporty boy enjoying the spelling bee limelight.
Posted by Convertible Girl at 9:10 PM