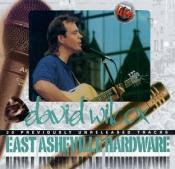 Just in case you're missing New Music Mondays this summer, here's another musical Friday's Five to tide you over.

I really like "story-telling songs" -- the ones that might be a bit long, but reward you with the double-entertainment factor of an interesting tale and some good music. Whether funny or moving or powerful or all of the above, they're fun for singing along with in the car, plus you can amaze your friends and family by learning all the words and performing a capella. Okay, maybe not so much on that last part, but it's worth a try.

Often there's a turning point in the story, when you realize things aren't going to turn out quite like you thought or maybe when things finally start to work out just as you hoped they would. It's not the refrain, but it's the line that sticks, gives goosebumps, rings in your ears.

Here are five of my favorites -- what are yours? (Links take you to the lyrics)

Posted by Convertible Girl at 1:16 PM