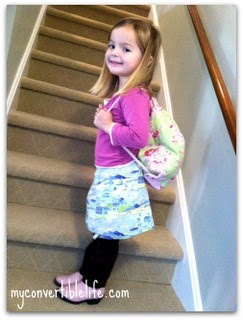 When Junius was a baby, I thought he would be this tiny, needy, helpless (and adorable, but still exhausting) bump on a log forever. And I was terrified.

I looked at my friends with toddlers and school-aged kids and longed for the day when my child wouldn't be attached to me in such a literal way.

Of course, as it turns out, those early days quickly disappeared. Sometimes I miss the baby days, but I also enjoy the advantages of not having an infant in the house. Now that I've got a 6-year-old and an almost 4-year-old, life looks really different.

But I've been noticing lately that there are good and bad sides to having kids who are getting older and more independent. So for those of you still wandering in the hazy exhaustion of newborn-ness, here are five trade-offs that you have ahead of you.

As they say, the grass is always greener... If you've got a newborn, what older stage are you looking forward to? Or if you've got older kids, what mixed blessing of the future should I be worrying about now?
.
Posted by Convertible Girl at 10:04 PM